Bokor Hill Station refers to a collection of French colonial buildings constructed as a temperate mountain luxury resort and retreat for colonial residents in the early 1920s atop Bokor Mountain in Preah Monivong National Park, about 37 km west of Kampot Province in southern Cambodia. Abandoned for long periods of time, modern infrastructure has made the location easily accessible as re-development is taking place. It was used as the location for the final showdown of the movie city ghost. While mountains in the Alps are commonly higher than 3000 meters above the sea level, people living in the Great Hungarian Plane may use this term for small hills barely reaching 100 m. Though "Bukor-mountain" which is the highest point of Congress county tops at 130. Consequently, conquering its peak - 10-12 m elevation from the bottom - does not need more special skills than walking on a sandy surface with a slope of almost 20 degrees at certain points. The height of our "mountain" is even better described by the fact, that it is only 50 meters higher than the lowest point of Hungary which is located 50 km-s from here. At the top of the "mountain", visitors will find a 26 m high, nicely decorated geographical tower, built-in 1981. Such towers were erected at 111 points of Hungary. They were triangulation points (mostly primary) to construct topographical maps, however, their significance quickly diminished due to the development of the satellite-based global positioning system. They could serve as excellent watchtowers if the access of the public were not prohibited.

There are many thing to see and exploring on Bukor Mountain all of traveler would be spend your day trip for a full day of Bukor Mountain trip. Top things to do in Bokor Hill Station : 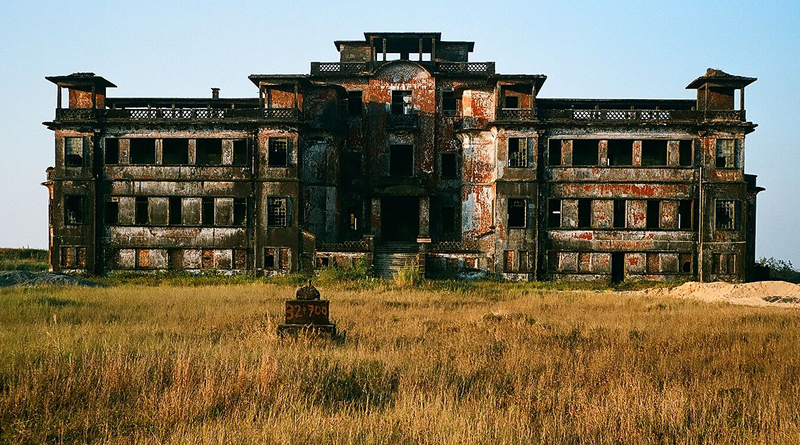 Preah Monivong National Park:: is a national park in southern Cambodia's Kampot Province that was established in 1993 and covers 1,423.17 km2, Most of the park is about 1,000 metres above sea level and the highest peak is Phnom Bokor at 1,081 meters, also referred to as Bokor Mountain. 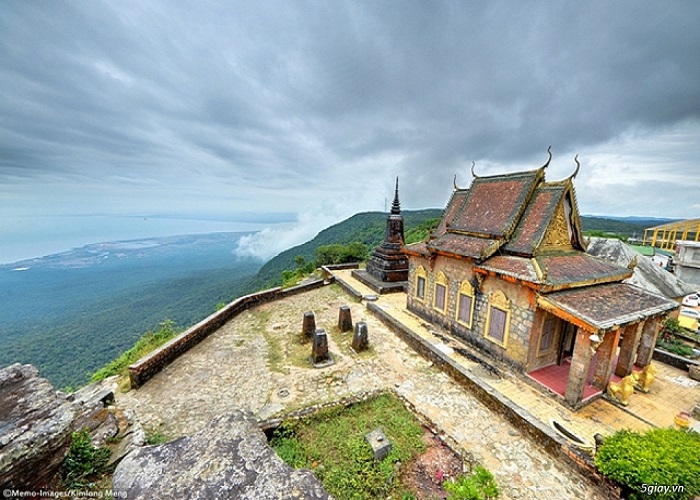 Wat Sampov Pram:: This Pagoda is the history relaxing place on the top hill of the mountain. This pagoda was built by Monivong Sisovath king of Cambodia. There is an abandoned temple complex of extraordinary architecture design as well as a modern, working Buddhist temple facility. 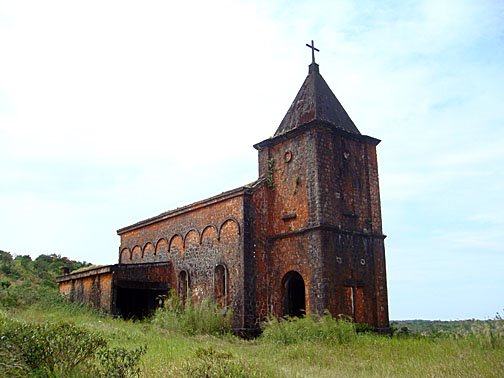 Old Catholic Church:: Was built around 1920 it's the past of gaudy casino/resort at the very top of Bokor Mountain sits this Abandoned Catholic Church. Think urban spelunking or ghost hunting. 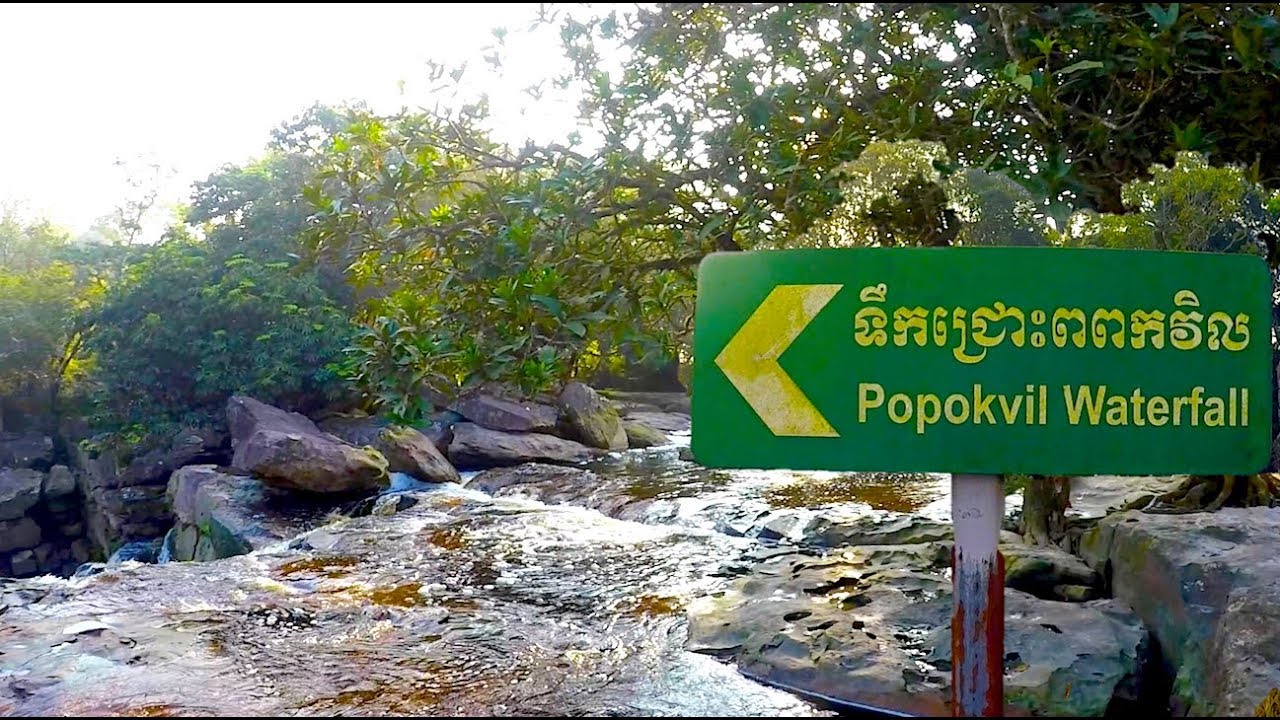 Popokvil Waterfalls: is situated on Bokor Mountain – a popular destination for tourists in Kampot Province thanks to its pleasant cool weather and beautifully landscaped hill. Just a few kilometers calculated from the hill station, the falls lie right at the edge of the highland march which covers much of the mountain-top.

If you would like to spend a night trip at Bokor Mountain there is have only a five-star hotel there it's Thansou Bukor Hotel price between 59$ upper, therefore Bokor Mountain nearby Kdat village so traveler also connects your destination to camping at Kdard-La-tente that have a location about 45 kilometers from Bukor top hill to Kdat village, therefore it very saves the cost of your. Enjoy your stay in Kampot Province! 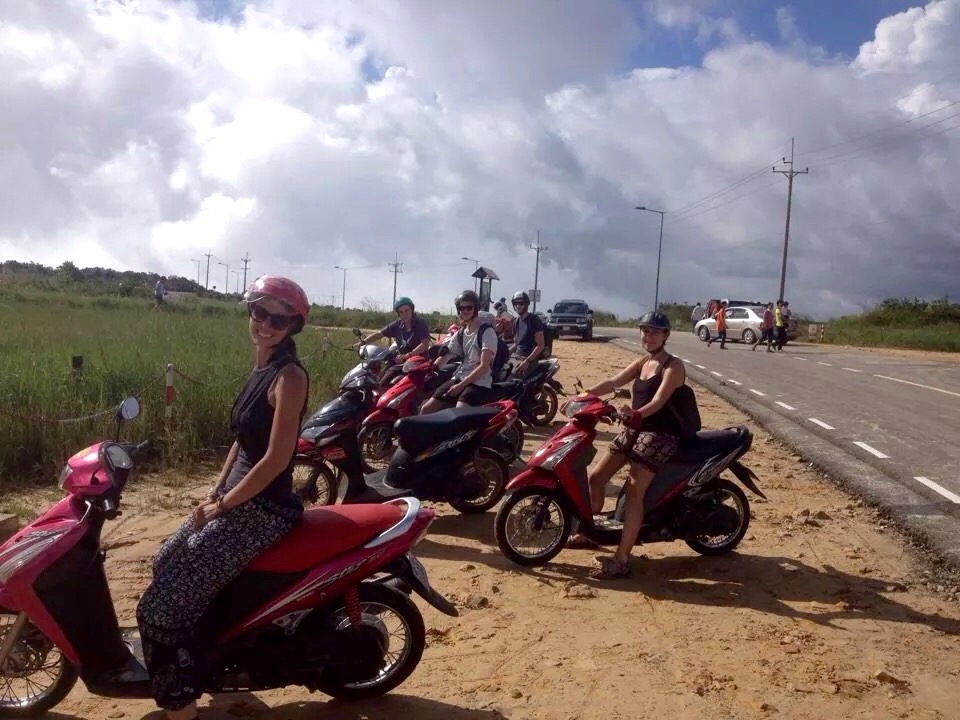 Most tourists have to spend a second day trip in Kampot town to getting the Bokor Mountain area so all of the travelers often exploring Bokor Mountain by Moto rental or Tuk Tuk.

`Kampot Province` is the one of attractive travel in Cambodia there have many thing to do and see a lot that have distance about 148 kilometer from Phnom Pen...

Other Destinations in Kampot