Phnom Penh, Cambodia’s busy capital, sits at the junction of the Mekong and Tonlé Sap rivers. It was a hub for both the Khmer Empire and French colonialists. On its walkable riverfront, lined with parks, restaurants, and bars, are the ornate Royal Palace, Silver Pagoda, and the National Museum, displaying artifacts from around the country. At the city’s heart is the massive, art decorate Central Market.

The city takes its name from the re-known Wat Phnom Daun Penh (nowadays: Wat Phnom or Hill Temple), which was built in 1373 to house five statues of Buddha on a man-made hill 27 meters high. These five statues were floating down the Mekong in a Koki tree and an old wealthy widow named Daun Penh (Grandma Penh) saved them and set them up on this very hill for worshiping. Phnom Penh was also previously known as Krong Chaktomuk (Chaturmukha) meaning "City of Four Faces". This name refers to the confluence where the Mekong, Bassac, and Tonle Sap rivers cross to form an "X" where the capital is situated.

Getting around in Cambodia there are many option for getting from point A to B, From the iconic tuk-tuk to motodups, taxi and buses, make sense of your made of the transportation with guide below: 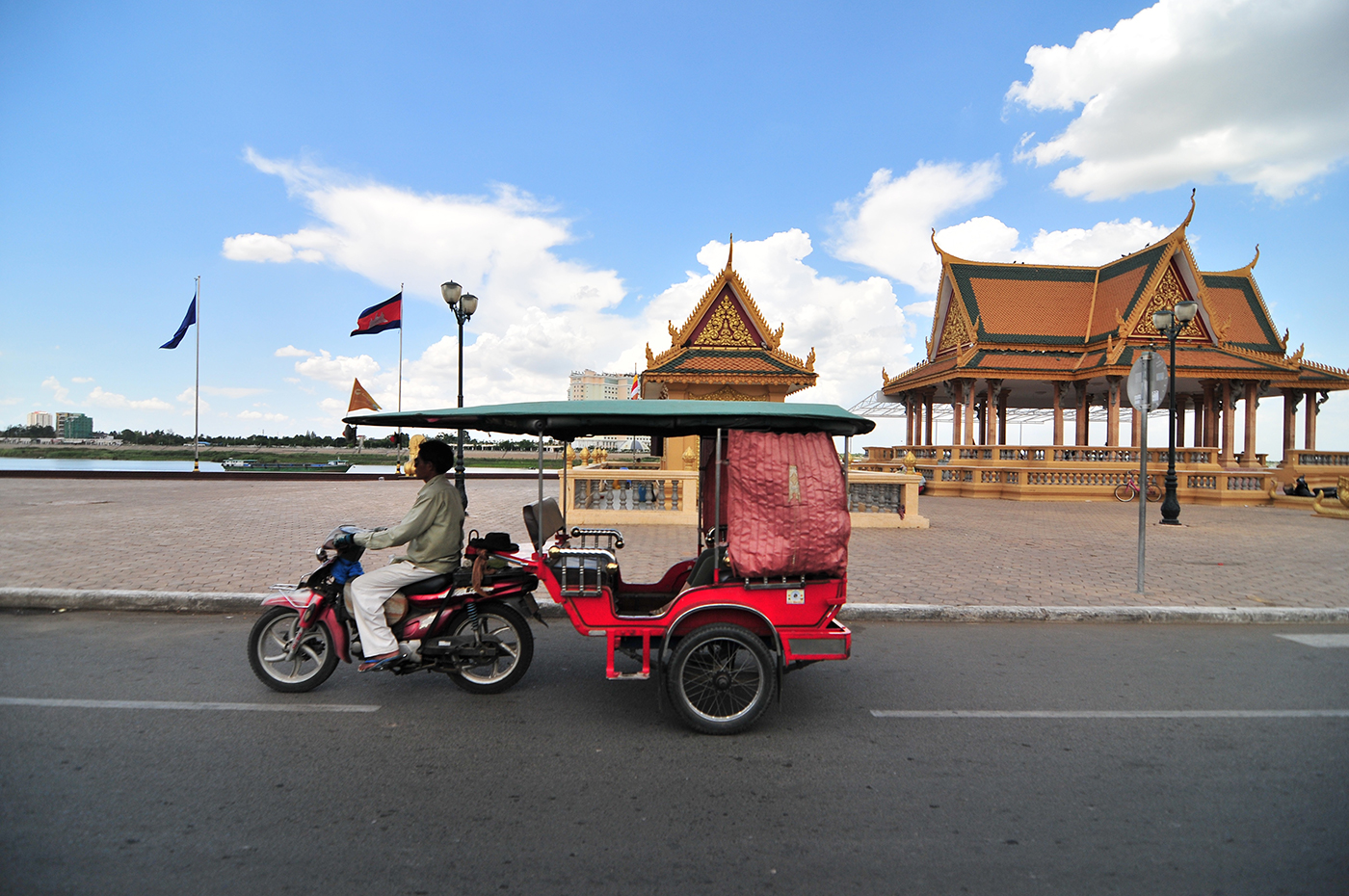 Khmer Tuk Tuk: Traveling in groups or have large items to move tuk-tuk is the best option. They are always protecting your belonging (relative Secure) and provide cover from the sun and rain. For Khmer, tuk-tuk is one of the popular cultural transportation in Cambodia. The price depends on your distance traveling place in Phnom Penh city. 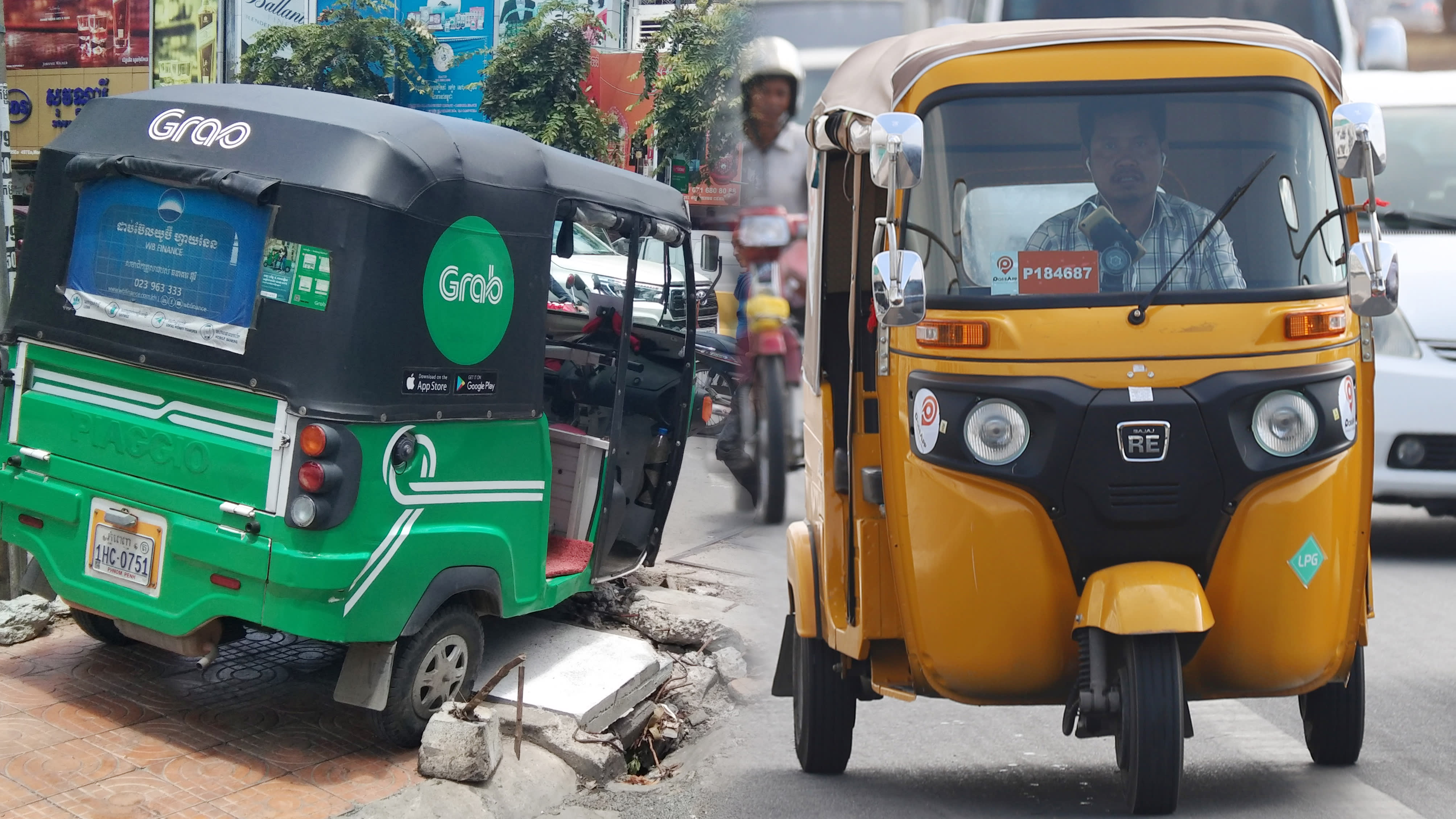 Rickshaw: Either hail them on the street, get a number of the trusted driver or get techy with the new e-hailing mobile app such as the top user on App: Grab, Pass APP, Camgo and Wego.
Notice that the price of using transportation for Khmer Tuk-tuk and Rickshaw 3000riel/KM. 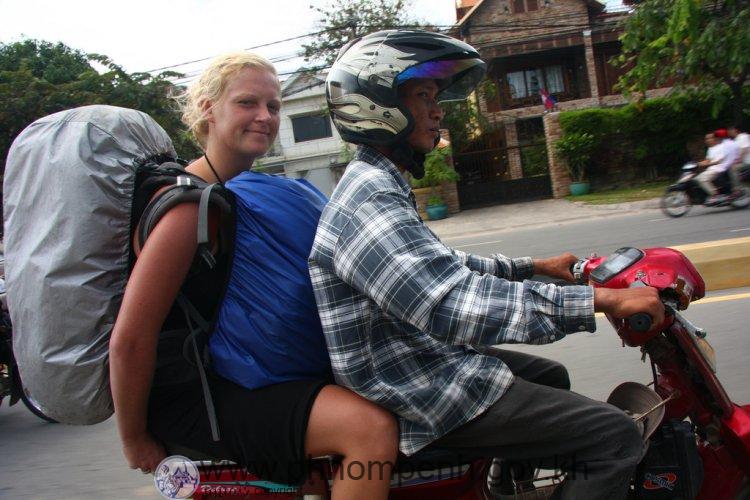 Moto Dop or Moto of your own: Moto is the quickest way to get around town. Drivers most often hang around street corners, Especially near markets and other landmarks, Moreover ready to drive a moto/ you can rest a moto 5$-10$ per day. You have to leave your pass sport as a deposit and it’s also worth investing in a decent helpmate-the 10$ rids, available at roadside dealers won’t give you much protection if you hit the tarmac face first.

Other Destinations in Phnom Penh